The German Methodist Episcopal Church, organized in 1859, was the oldest congregation in Fillmore. A frame structure serving both as a house of worship and a parsonage was built in 1863. The property also included a fenced-off area for a cemetery and a small barn for the pastor's horse. The congregation met from 1859 to 1908. Only the small cemetery still exists, located south of the Fillmore Fire Department on the west side of Trading Post Trail. 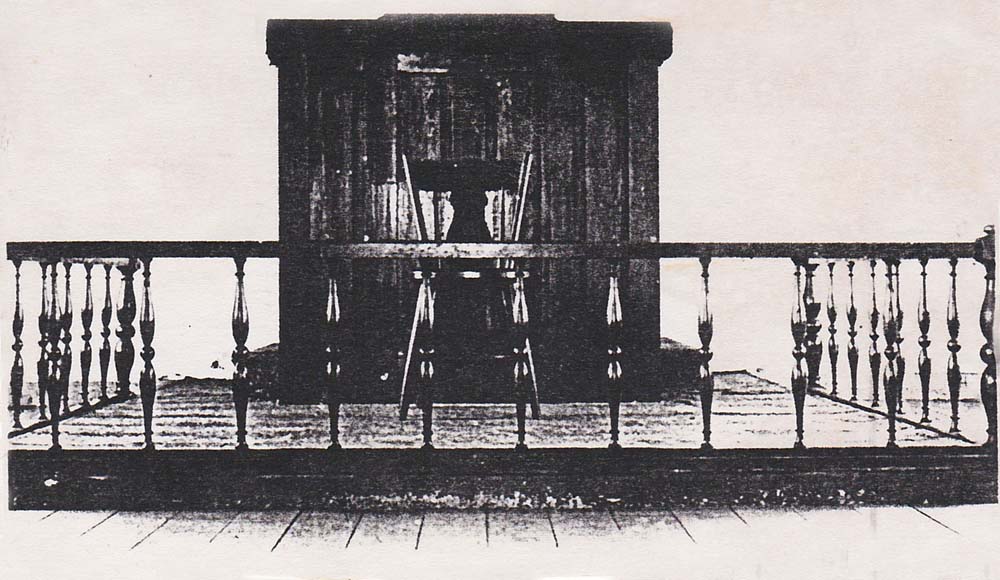 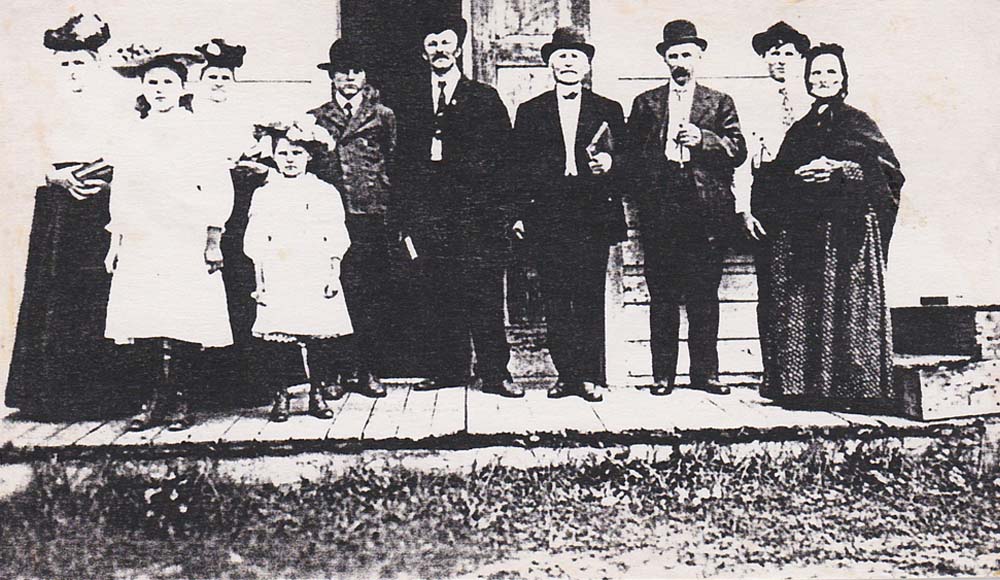 The parish of St. John of God was organized in 1859 by early Irish settlers to the area. William Riley donated land for the site of a church, followed by a convent and school. The first church was built in 1860 and was a brick structure. The current larger church, replacing the original structure, was built in 1890 and is a cream city brick Gothic Revival structure that rests on a fieldstone foundation. Many of the bricks used in the structure were salvaged from the original 1860 building. There are memories of each family having been assigned a certain number of bricks to clean so they could be used in the new church. All windows are stained glass and have pointed arches. Each window was dedicated by a family of the parish.

A fieldstone convent and school were built in the 1860s. The convent housed the teaching sisters and boarded some pupils. Once out of use, the school and convent buildings began to deteriorate, and despite efforts to maintain them, both were demolished in 1995.

The church no longer holds regular services, but may hold services on special occasions throughout the year. St. John of God Church is listed on the National Register of Historic Places. 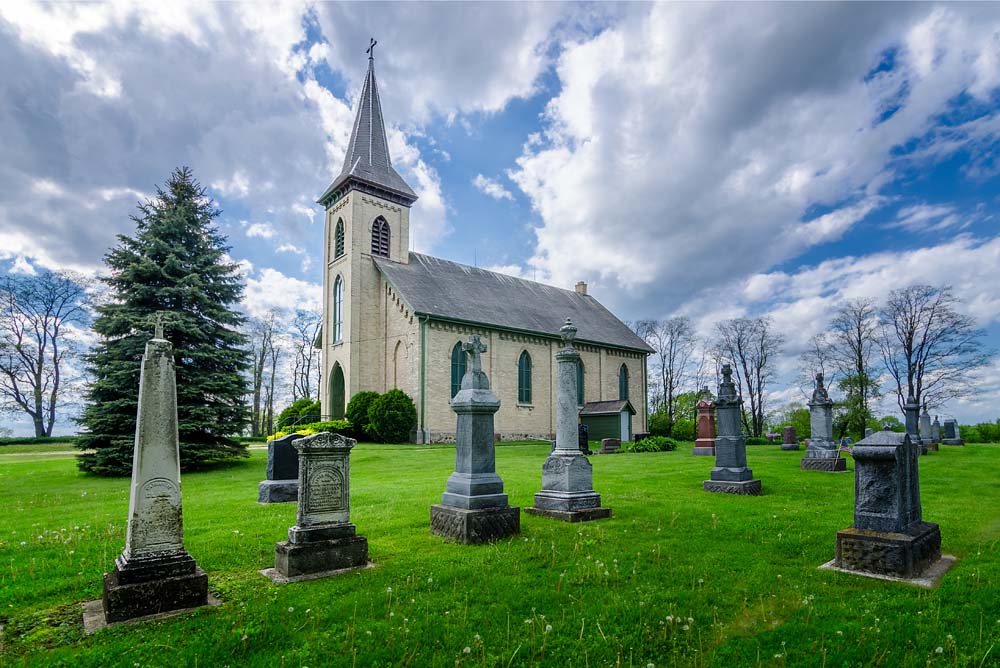 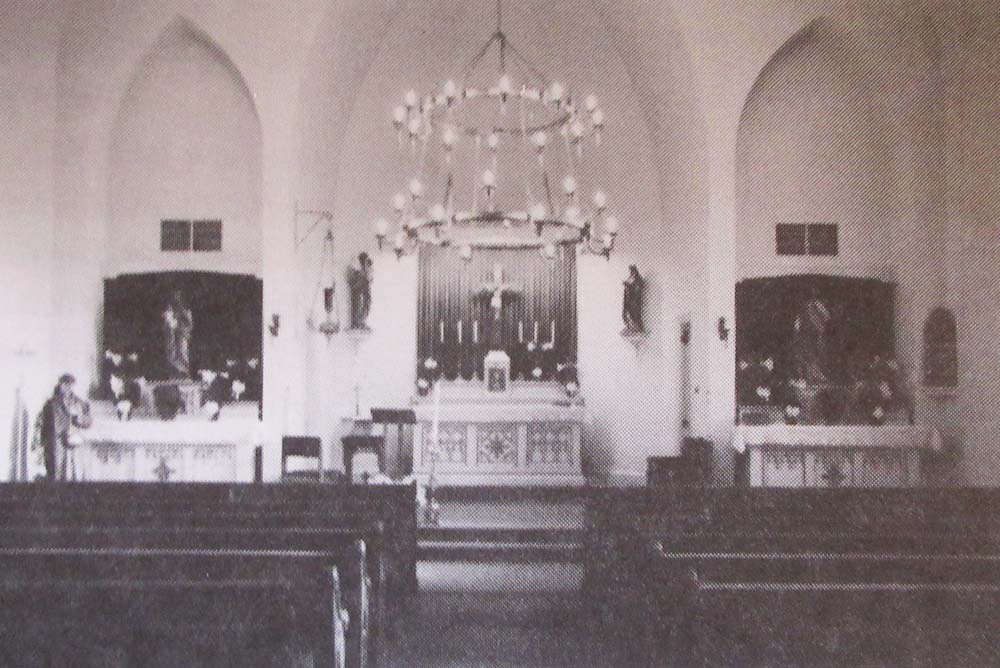 This beautiful fieldstone church was built in 1861 following the original log structure that was built in 1855. It is one of only four remaining fieldstone churches in Washington County. The apse is formed with a half-octagonal shape, unusually beautiful and difficult to create out of the irregularly-shaped fieldstones. Darker stones were used in a decorative manner to fashion the shape of a cross on the exterior front wall.

St. Peter's Catholic Church was a short-lived congregation. Used for only a few years, the parish was discontinued in 1879. Still in existence next to the church is the fieldstone public school building, built in 1874 and used for fifty years. The church no longer holds regular services, but may hold services on special occasions throughout the year. St. Peter's Church is listed on the National Register of Historic Places and is a Washington County Landmark. 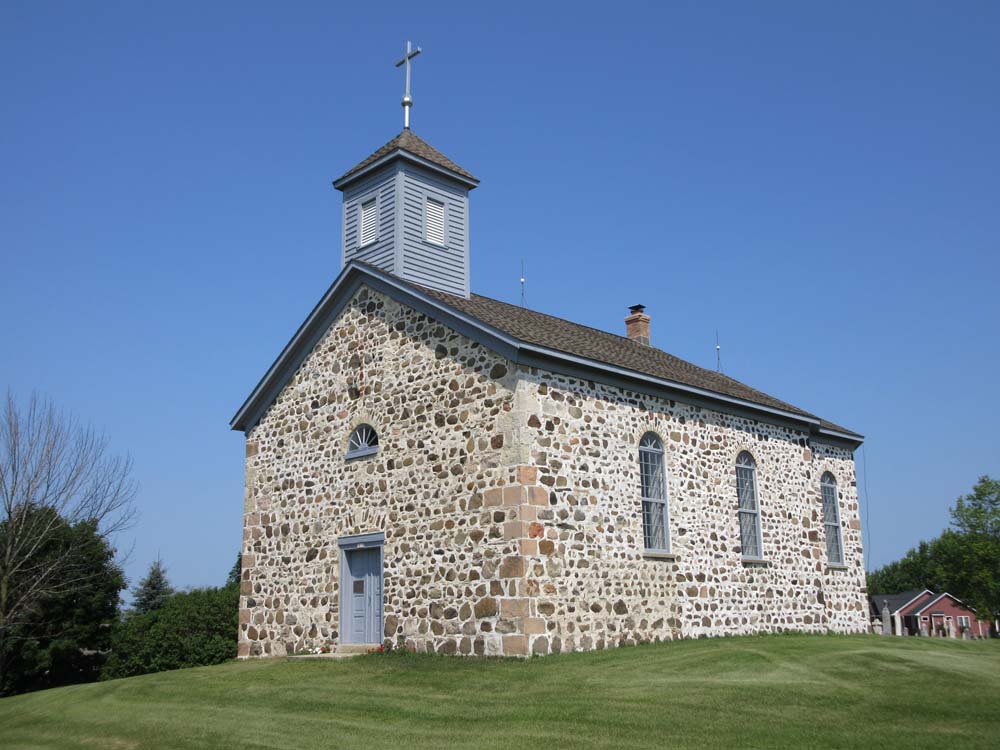 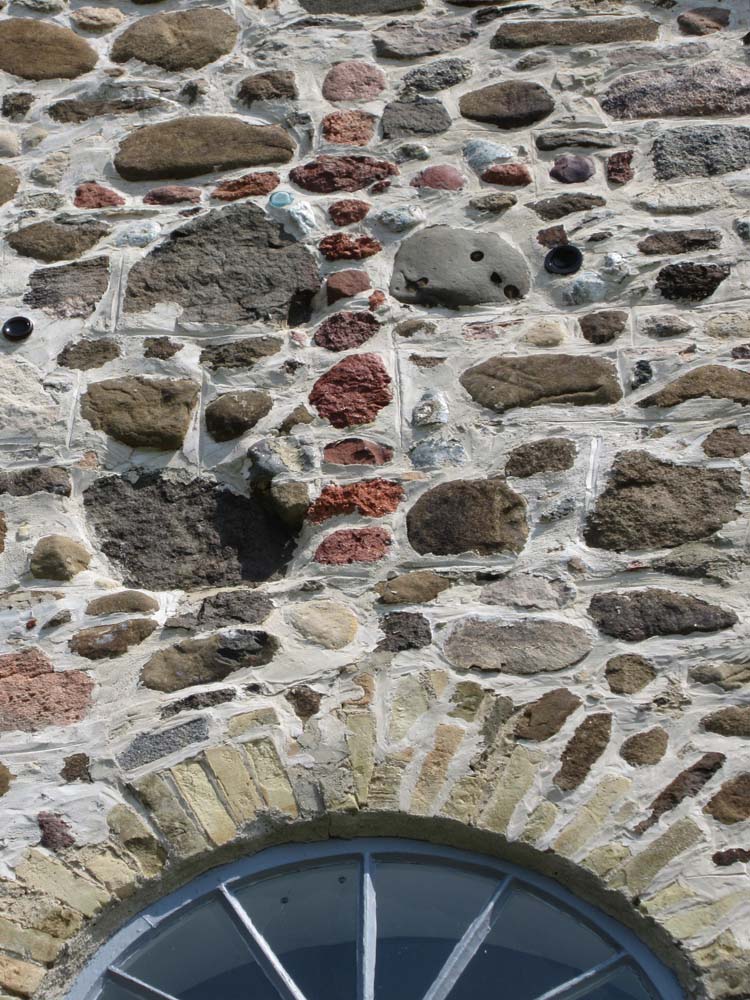 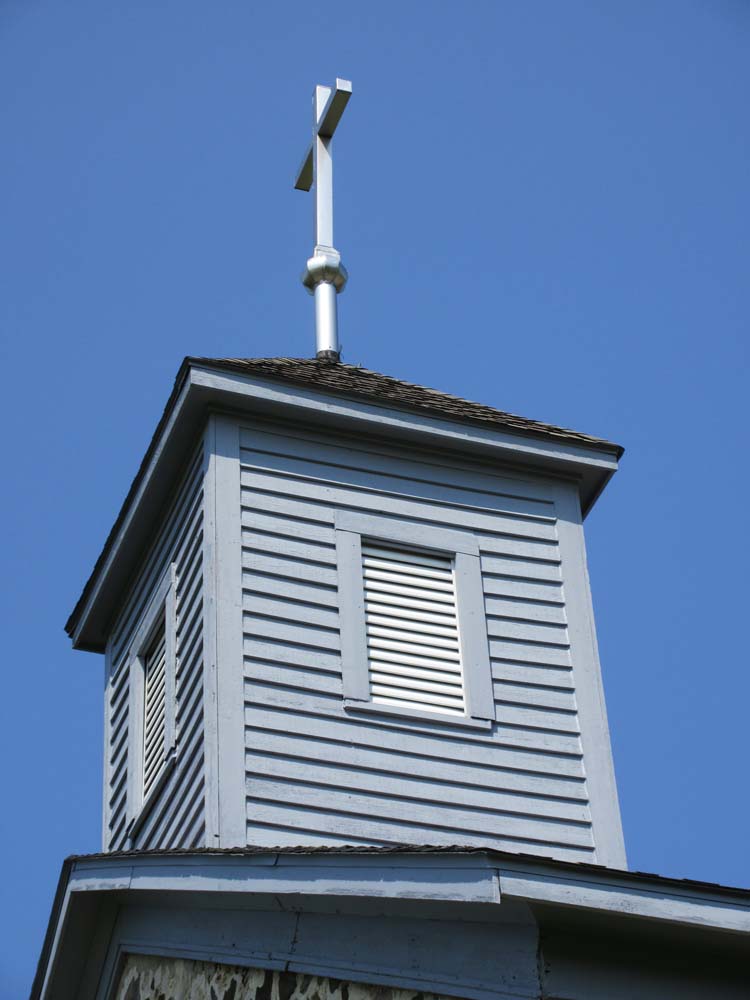 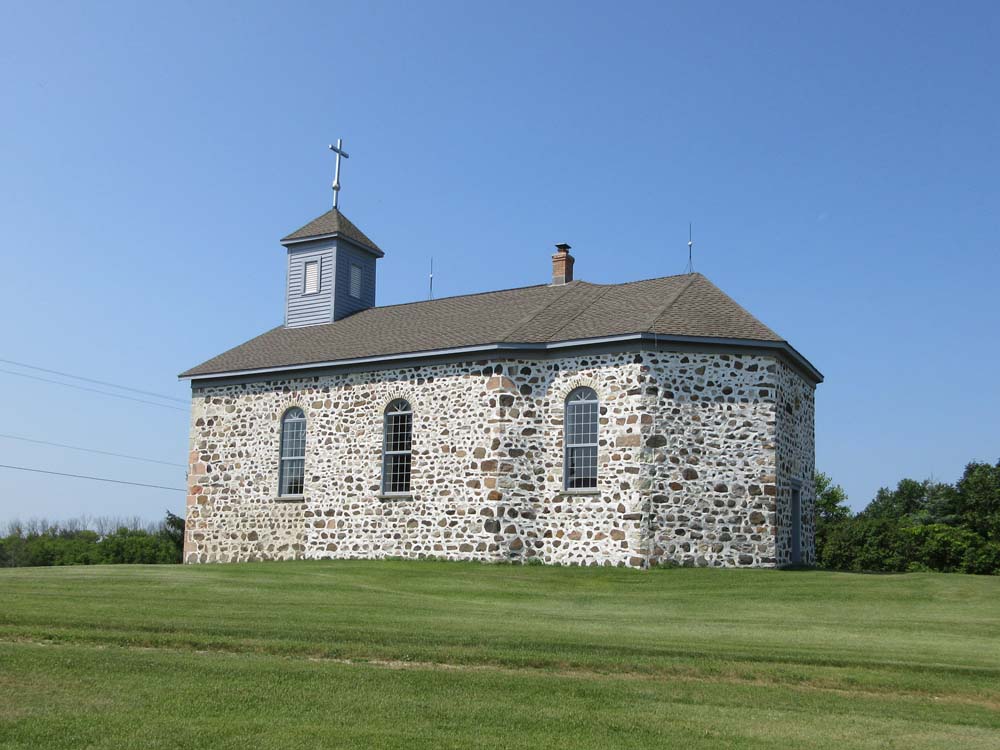 In 1872, Yankee settlers organized the Free Will Baptist Society of Boltonville and built this church which was dedicated in 1873. In the 1880s, the building was home to a Sunday school for as many as 80 students and a church group named “Ladies of Boltonville.” It was also the location of the Literary Society of Boltonville, which maintained the first public library in the community, as well as the meeting place of the local temperance group. The church later became St. John's United Church of Christ.

In 2007, St. John's UCC merged with rural churches from Beechwood and Silver Creek to form New Horizon UCC. The church was sold and is now a private residence. It is a Washington County Landmark. 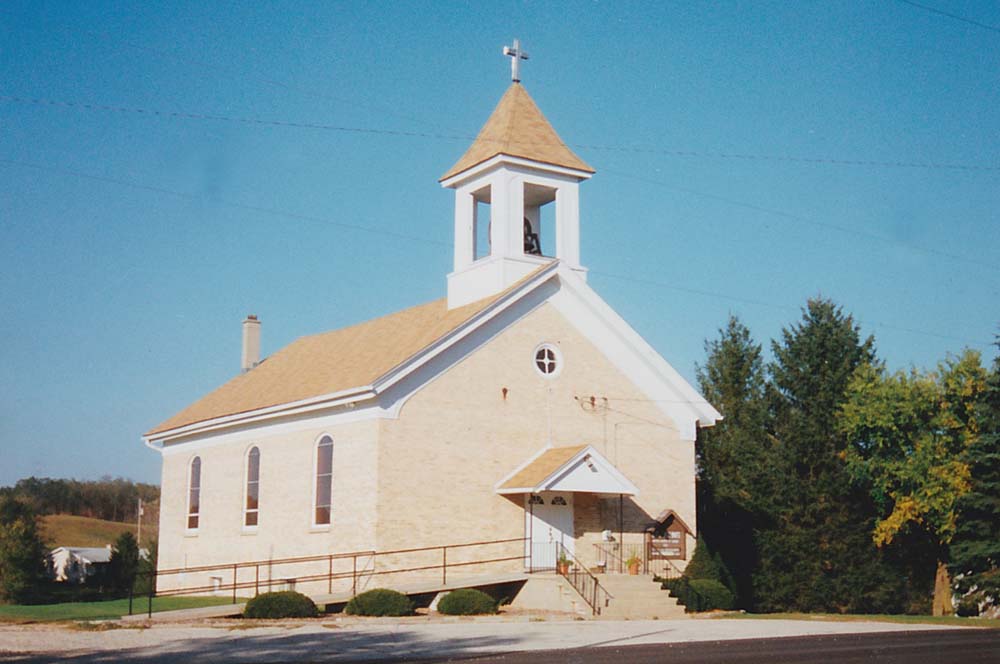 The church was originally located at the site of the present St. Martin's Cemetery. The new church was built in 1891, and the original bell was rung three times a day manually for over 70 years. Services were held in German until 1928. In 1936 the apse was added. The church still retains its original, beautiful stained-glass windows with German writing on them. 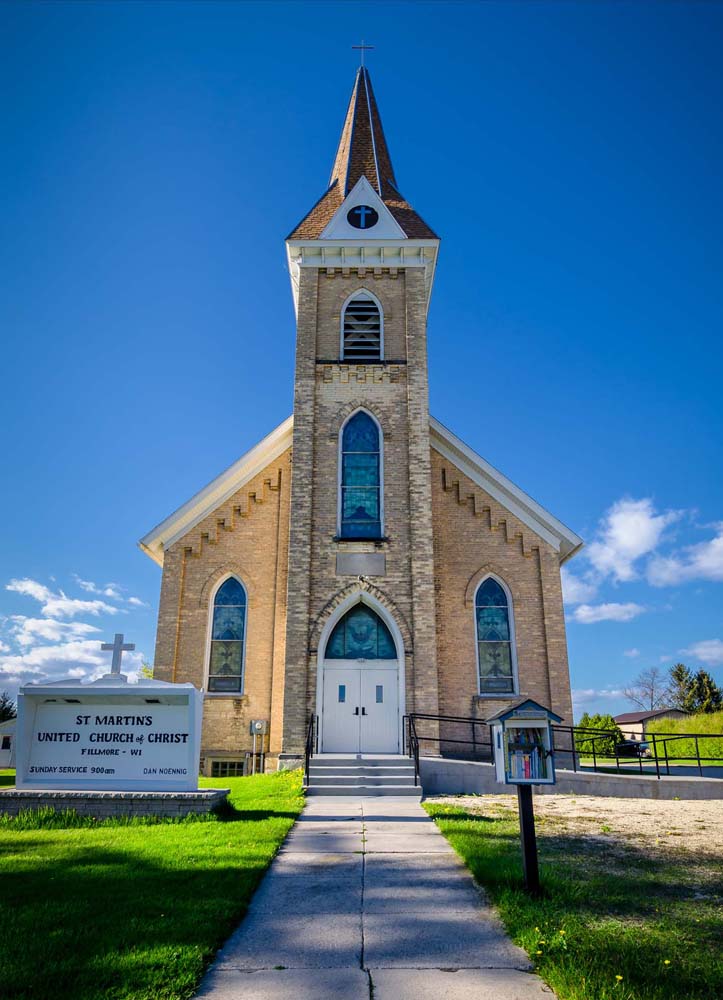 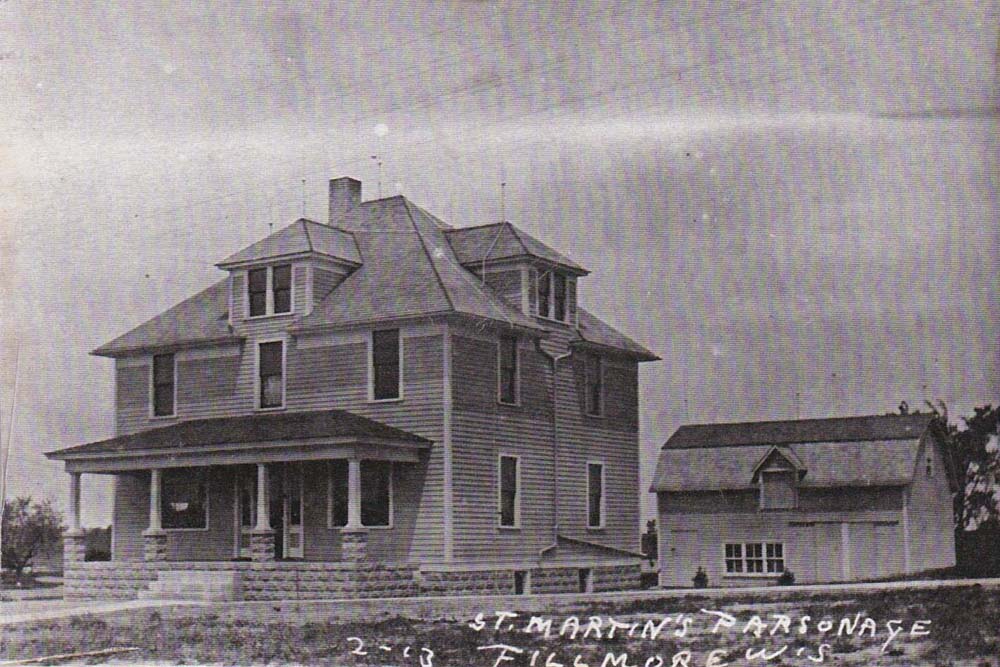 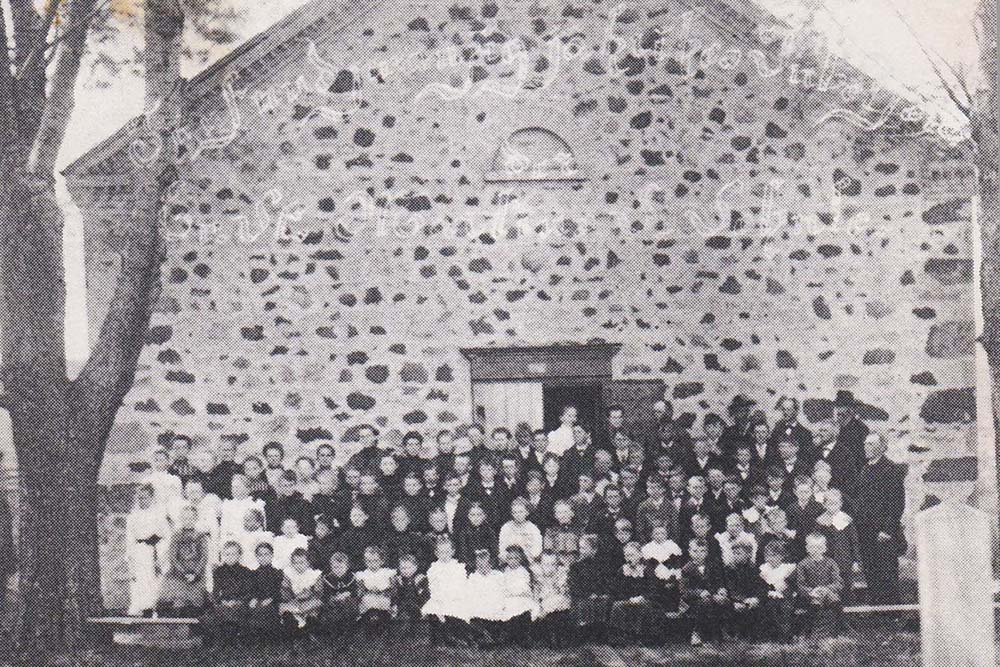 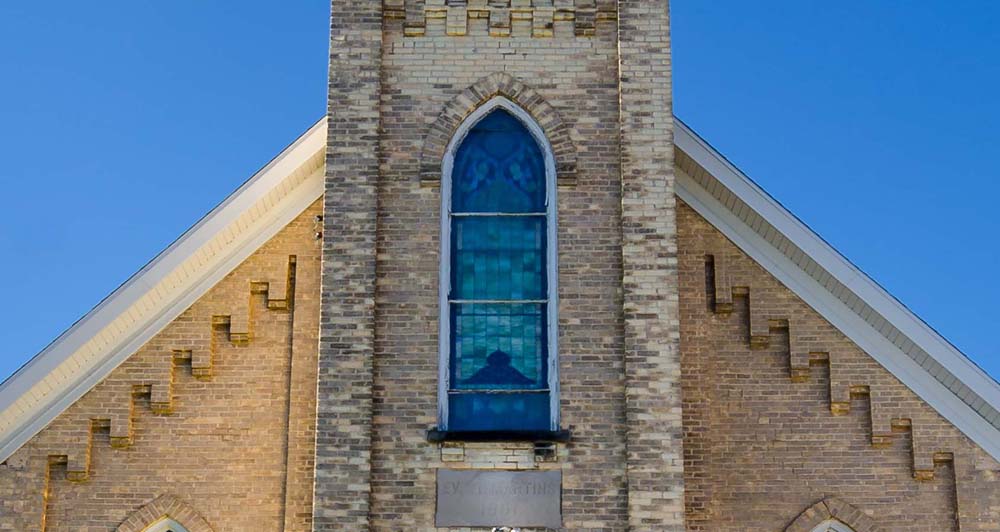 St Andrew Lutheran Church is a Lutheran Church Missouri Synod congregation that began worshiping in Farmington in 1993. Within two years, additional space was needed for education and worship. Plans were drawn up for a new church, with the conversion of the original worship area into a multi-purpose room. The steeple was raised over the new church in September of 1997, and a new preschool began the same month.

New Horizon UCC is a merger of three rural churches: St. Paul's UCC (Silver Creek), St. John's UCC (Beechwood), and St. John's UCC (Boltonville). Each of the three churches had their beginnings in the late 1800s and were settled by German immigrants who brought with them a strong religious faith, were farmers by choice, and spoke the German language. Each church gradually began to decline in growth in the late 1900s. New Horizon held their first service on December 23, 2007. 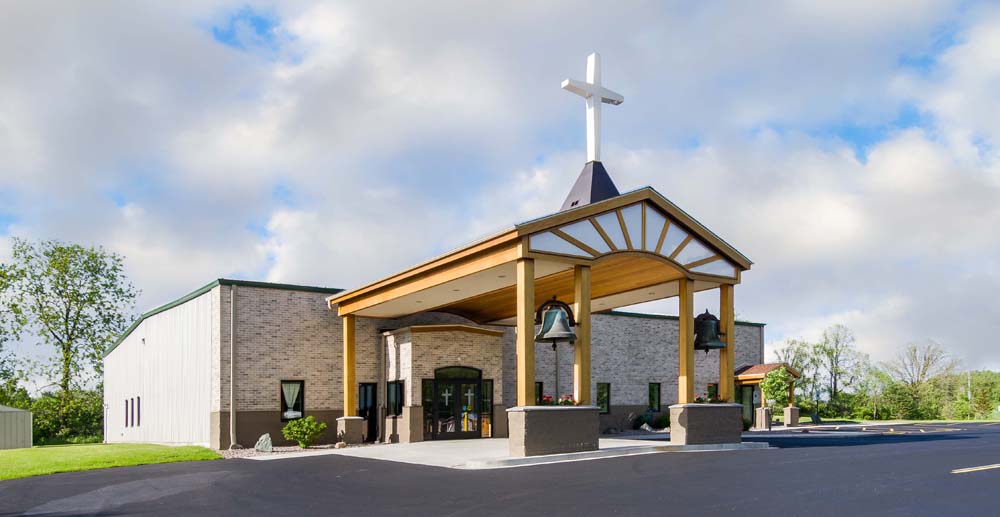