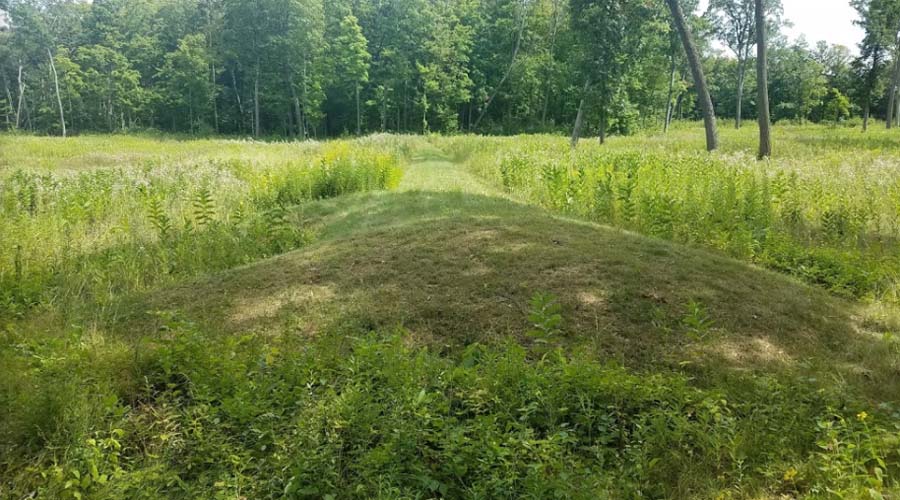 Native Americans we now know as the Effigy Mound Builders lived in Wisconsin and bordering states between 700 and 1200 A.D. These Native Americans built mounds shaped like mammals, reptiles, birds, and other creatures, both real and mythical. The custom of building effigy burial mounds died out about 800 years ago; it was a custom unique to this general area. Unfortunately, very little else is known about the Mound Indians. Even Native Americans who lived in Wisconsin when the first European settlers arrived didn't know why, or by whom, the mounds were built.

Effigy mounds are found mostly in central and southern Wisconsin. Hundreds of the mounds were destroyed by early settlers who didn’t know what they were. Constant cultivation of the land eliminated all traces of most of the mounds. It is estimated that Wisconsin had at least 5,000 effigy mounds when the white settlers first arrived.

The earliest data concerning the mounds in the area of Lizard Mound State Park (originally known as the Hagner Indian Mounds) was in the form of a sketch map resulting from field investigations made by Professor Julius L. Torney of Milwaukee in 1883. In his sketch of the mound group, Professor Tourney illustrated a total of 47 Indian mounds. He also indicated that a number of the earth works had been destroyed prior to the time that he drew his map. The original group probably consisted of at least 60 mounds, including many of the well-known effigy shapes. 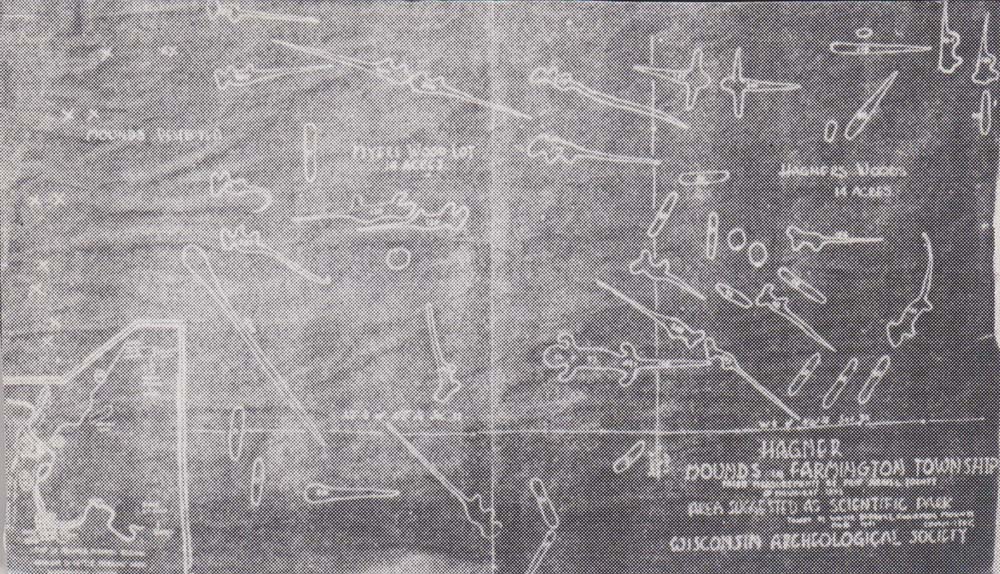 This group located on the Ernst Hagner farm four miles northeast of Barton, Wisconsin, consists of thirty-one Indian earthworks, of which nearly all are in a very good state of preservation. Of these thirty-one remaining tumuli ... one is a lizard effigy mound of exceptional form.

It is an unusually beautiful group of mounds, and one is especially impressed with the prominent height and careful construction of each tumulus. The majority of these mounds rise between 3 and 4 feet above the surrounding level.

Archeological explorations were conducted in 1960. Exploration of some of the effigy mounds has revealed that the dead were sometimes placed in pits and the effigy mounds were built over the pits. Artifacts such as clay pots, projectile points, pipes, bone harpoons and beads were sometimes placed with the dead. It has been speculated that the shapes of the mounds had a religious or clan significance, but no one really knows for sure.

Excavations of Effigy Mound Builders’ village sites indicated they lived in small nomadic groups, hunted, fished, gathered fruits and nuts, fashioned tools of stone, wood, bone and copper, made pottery, and may have been the first people in Wisconsin to use the bow and arrow.

No other group of mounds in Wisconsin is so well-preserved, so diversified in form, or exhibits such outstanding examples of the prehistoric art of mound construction as Lizard Mound State Park. This park is an important monument to one of Wisconsin’s most interesting prehistoric Indian cultures.

Note: See our Lizard Mound Curriculum with lesson plans in the subject areas of science, math and art. Each plan meets the curriculum standards for 4th grade. Free to download and use. Come, explore, and learn about the people who built these monuments in Wisconsin over 1000 years ago!