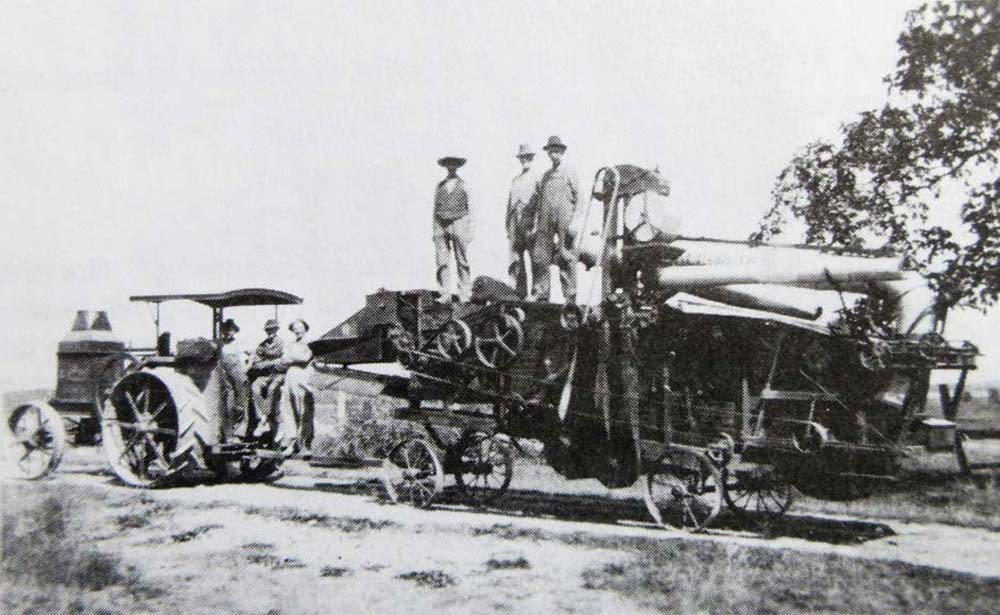 Threshing was one of the big events in the life of a farmer every summer. Not only did he have to have his tractors and wagons ready, but he also had to enlist the help of his family, as well as neighbors and relatives. This was mostly an exchange of labor with very little talk of wages.

Up until the 1890s, the oats, wheat, and barley crops were cut with a “cradle”, a scythe with a wooden platform. Family members would then use the grain stalks to tie the bundles.

Max Gruhle and Math Mueller were some of the first farmers to purchase a self-tying machine called a grain binder. The grain binder would not only cut the grain, but it also tied the grain into bundles using twine made from sisal, known as “binder twine”. 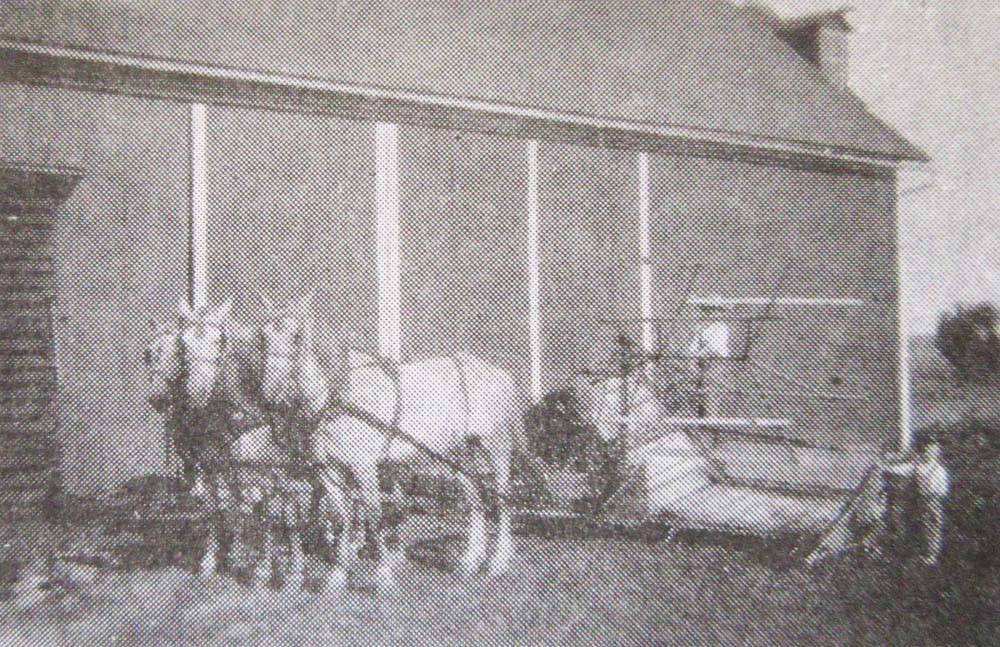 Carl Degnitz of Fillmore and Lawrence Staehler & Ervin Degner of Boltonville owned threshing machines and did custom threshing work for other smaller farmers in the Township. They had men hired who went from farm to farm as a crew, spending three days to a week at each farm, depending on the weather. 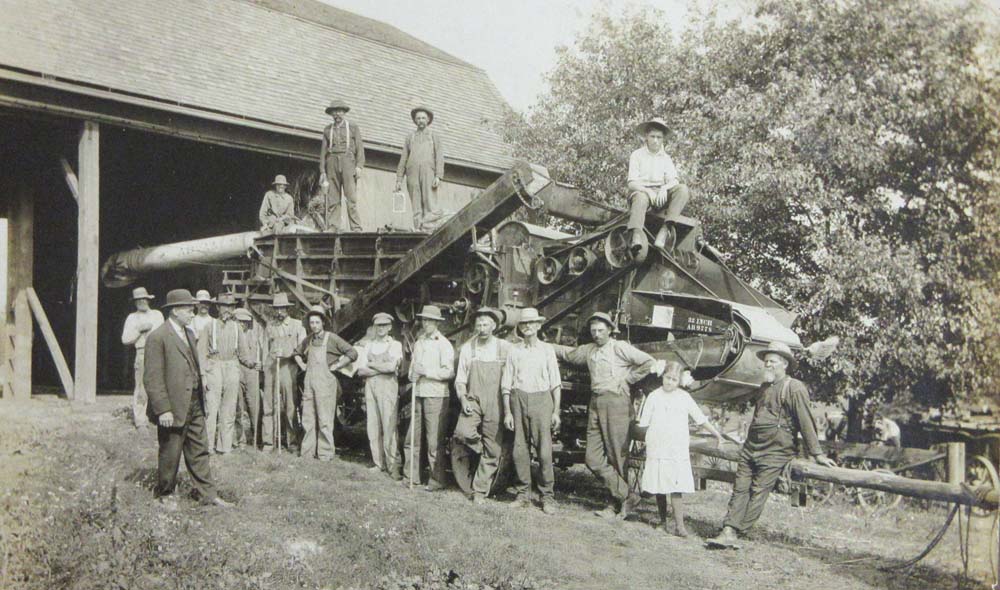 In the 1940s, with help being scarce because of World War II, the farmers threshed right in the field, thus eliminating storage of the bundles before threshing the grain.

“Threshing machines are reminders of a time when farmers worked together to harvest their crops, to accomplish jobs they couldn't do alone. But there was more than hard work at these gatherings. They were also social events, a time for sharing and catching up on the news, for telling stories, and above all, for eating well.”

The big incentive for helping with the threshing was the bountiful dinner table set by the farmer's wife. Bernice Wendel remembers threshing time in the kitchen:

Preparation began a day or two ahead. Meals consisted of meat, potatoes & gravy, and of course, pie. This was the men's chance to judge who was the best cook. The square oak table was extended to handle about ten leaves that would accommodate twelve people. This was not the time to show off your best linen tablecloth because the men came in dirty, sweaty and hungry! The meals did not have to be fancy, just substantial, because there were always second helpings. The pies were baked early in the morning, and fresh produce (cucumbers, tomatoes, beans, cabbage) was gathered from the garden. The supper was not quite as large, and the second day was a repeat of the first with a different main meat. It took two or three days before the threshing machine moved on to the next farmer.

In the 1970s, portable combines appeared, and the days of threshing with the wonderful memories of good meals and camaraderie came to an end.

Excerpts from Footprints Through Farmington, 1997.