Birth of the Rainbow Baseball League 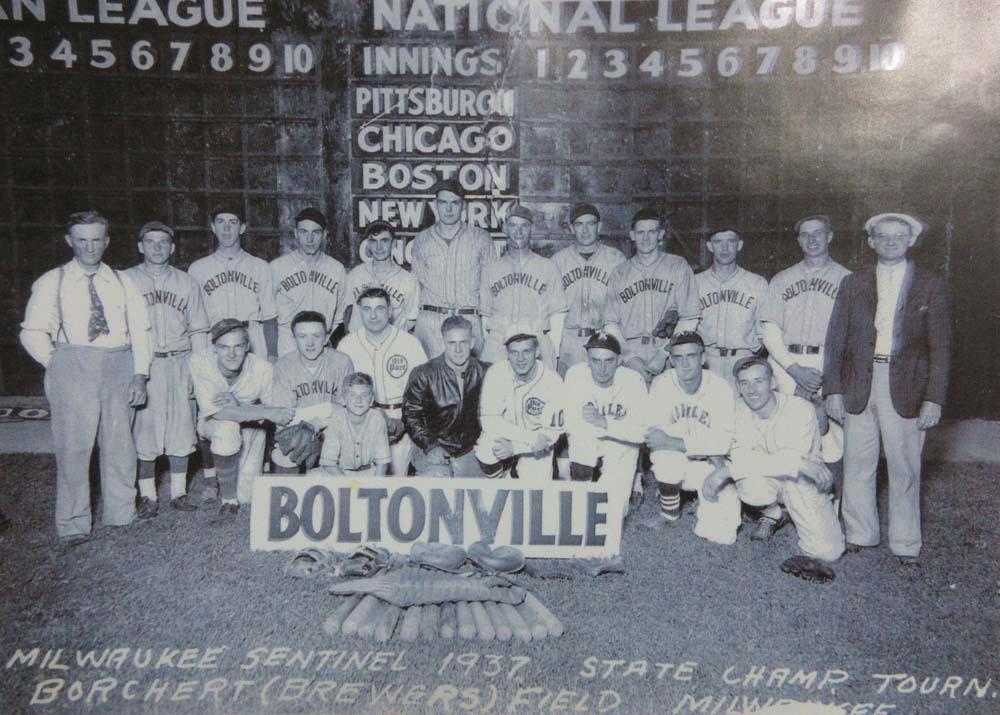 After being the runner-up for the ‘36 pennant, Boltonville took the ‘37 championship by 5 full games at the annual State Tournament at Borchert Field, Milwaukee.

One bright day in early April of 1934, a youthful-looking lad of 18 summers, in an old Model T Ford, was rumbling along concrete highways, muddy county trunks, graveled town roads, and even secluded pigtail avenues in Sheboygan, Ozaukee, and Wahington counties, asking everyone he met if they wanted to join a brand new baseball league. His idea clicked, and the Rainbow Baseball League became his “baby”.

The young man was Merlin G. Risse, who had been the league prexy since its founding back in the post-depression days of the early thirties. He built up his league in organization and financial success, and despite wartime rationing and restrictions, his league was able to function successfully and provide the much-needed baseball recreation young athletes craved.

In 1936, Boltonville joined the Rainbow league as the Boltonville Bees. It is believed that local beekeeper, Jake Kraetsch, was influential in obtaining team uniforms. In 1937, after being runner-up for the ‘36 pennant, Boltonville took the championship in five full games at the annual State Tournament at Borchert Field in Milwaukee. Bill Enright was manager, Greg Theusch, coach, and Ralph Koth, bat boy. The team was sponsored by Fay's Tavern. 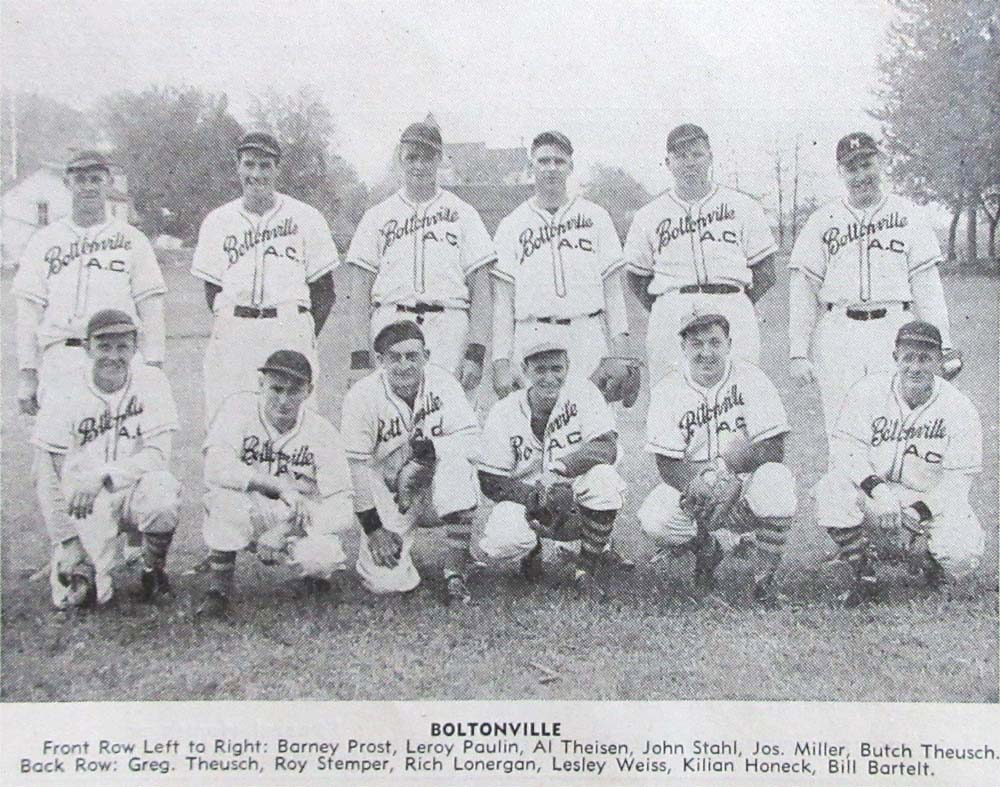 Beginning in 1939, Gilford's Tavern sponsored the team. They purchased the hamburger stand from Neumann's store across the street, and the best hamburgers around were sold to baseball enthusiasts for ten cents. Though missing some key players due to World War II, the team repeated their earlier performance by winning championships in 1942 and 1943. Greg Theusch was manager for both years on a brand new diamond near the Boltonville Fire Department building.

The Rainbow League had grown to become the largest independent baseball league in Wisconsin, reaching its peak membership in 1942 with 12 teams entered. 26 different clubs had been members at one time or another.